“I’m grounded in who I am, and I am a confident black man. A confident, Nigerian, black, chocolate man.

They are merely victims of a disease in their mind.

They’re stupid, and I’m not going to lose sleep over people. The presale tickets have gone through the roof — their agenda has failed. Miserably.

I just don’t get it. You guys got every single alien in this movie imaginable to man. With tentacles, five eyes. Aliens that, if they existed, we’d definitely have an issue. We’d have to get them to the government and be, like, “What are you?” Yet what you want to do is fixate on another human being’s color. You need to go back to school and unlearn what you have learned. I think Yoda said that, or Obi-Wan” 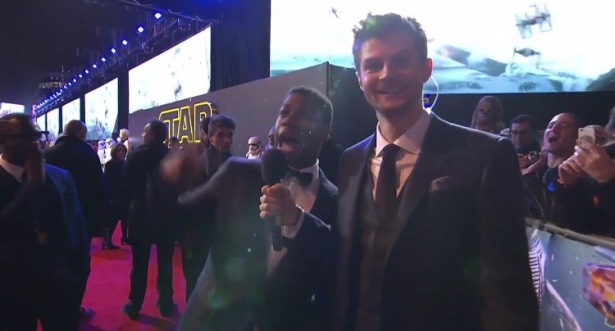 I have always voted Labour. Even before I could vote – I knew would vote Labour. I am the daughter of immigrants, live in a council estate and have strong social politics – Labour should be the party for me.

Except it hasn’t been. And unlike my parents who will vote Labour no matter what they do, second generation voters are likely to vote differently. I even know some who vote Conservative (*boo hiss*). Point being, they can’t get away with their so centre Left – almost going Right politics.

The introduction of tuition fees. The Iraq war. The War or Terror and PREVENT. All of these things happened under a Labour government.

And now I find myself resenting the party. Me – someone who is politically active and happy to sign up as a member – reluctant because none of them come close to my views.

But today is different. I sit here holding my breath waiting for Jeremy Corbyn to be announced as the new Labour Leader.

The media have had a lot of fun, making him sound ridiculous and the unserious candidate. But what they have actively ignored is the tide change. People are waking up to these MPs who talk the talk to get voted in yet then go and vote in the opposite way or abstain. Who say they stand for anti-austerity but then vote for cuts. Who vote through racist laws. Who clearly care more about their career than the lives of the most vulnerable in this Great Kingdom.

People who never would have gone out to a protest have taken to the streets. People who didn’t even know parties had leader elections are paying out of their own pocket to join the party so they can vote. People who said they’d never come back to Labour are giving them another chance.

And this brings us to Jeremy – the only candidate who can keep the momentum going. Being consistent, voting in the ways he says his beliefs are, right from the beginning of his career.

People say he is the candidate for the rich, those who can afford to be idealistic. I can afford no such luxuries and neither can the bubble of activists I surround myself with.

So I sit here holding my breath.