But I had given you so much – too much – to walk away now. So I stayed, telling myself that things would get better. Because I would be better. All the while knowing that nothing was enough. My time, my mind, my money, my words, my energy. Nothing of it was every going to be enough for you. You took and you took. From me, from her, from her, from her. The black hole in your chest sucking up all of our love, nothing could escape.

I know it wasn’t me. It was all you. I don’t understand why. And that’s what bugs me the most.

Written in response to the prompt “your opinion on being cheated” as part of the 30 day challenge.

Today’s my last day working from the office this year. I would love to say it’s my last day working but alas I have decided to roll over my left over holiday to next year in the hopes I will make some use of it. I did only just get back from holiday about a month ago – though how quickly a tan fades and the longing to be on a plane out of here comes back!

Given I haven’t just written in a while I thought I would do just that. I did mention in the last time I did one of these that I am now in a new relationship. It will be just three months in a few days but boy does it feel longer. It is a weird one because we have been friends for two years now, and very good friends for several months. And when I say very good friends, I mean talking to each other everyday for about 3 months before we dated. There was a lot of “does he like me”, “why did he say that”, “can he tell I like him”.

Three months ago I decided I would give him until December to tell me if he liked me. God forbid I be the one to take the leap first. A few days later he said something that melted me and I just blurted out “you and me – what’s going on?” Completely unplanned and super awkward. But we talked and of course it turned out he liked me to and the rest is history.

He’s a shy one. And when I say shy I mean significant speaking disorder, inaudible shy. In fact, barely anyone can hear him and even fewer can understand him. But somehow I manage it. When he does speak, every word is important. And when he writes, he is quick and poetic.  END_OF_DOCUMENT_TOKEN_TO_BE_REPLACED

I asked you again and again “what do you want me to do?” And you told me you don’t want you in the centre of what I wanted to do.

And I knew you loved me.

You never asked me what I wanted you to do.

If you had I would have told you I wanted you to hold me tight. Drive away any space between us. Hold me so that I can forget the people around us and the people in my head.

Kiss me. Kiss the top of my head. Kiss me on my cold cheek. Kiss me on the lip. Make my stomach flutter and my heart burst. Make the floor beneath my feet disappear.

Tell me you will fight for me. You will never let me go. You will not lose me. Promise me.

And I know you love me.

So I’m gonna love you now, like it’s all I have
I know it’ll kill me when it’s over
I don’t wanna think about it, I want you to love me now – Love me now, John Legend

When I ask you to give me space

It was a day that had gone her way. Those rare days when it rained whilst she was indoors and the sun shone as she walked outside. Work was as Fridays should be, tying up a few loose ends, catching up with friends, no fires. As she washed warm water over her that night it, thinking of the blessings of the day, it began with just a thought. I wonder what he is up to. What a parasitic thought. An unplugging of a black hole. She felt all reason and logic escape her as she began to think the two most dangerously imaginative words. What if.

Her heart filled with anger at his betrayal only to be replaced by mindless yearning for his return. Memories after memorises, bringing with them passion, puzzles, pain.

She was not the everything he had promised her she was. His instragram showed pictures had been added. He has moved on.

But what if? What if his heart was void and he was aimlessly filling it with selfies and snaps? What if he was working hard to make himself successful so he could prove to her he had changed? What if he spends sleepless nights missing her hold? What if.

You can’t start the next chapter of your life if you keep re-reading your last one. – anon

No degrees or deeds

Yet she’d take it

As she watched him talk

Her heart smashed into sharp shards

As we sit in blissful silence I feel safe and content. You are the one I don’t need to try with. I want to rest my head on your shoulder and have you rest your head on mine. I want you to stroke my back as I close my eyes and forget about the day. I can forget about work and non-work. It will be just me and you laughing about aliens and Jon Snow.

You told me you’re afraid you’re unable to ever form bonds. You feel anxious around people – even your best friend. You worry about going out and would much rather be alone. Silence worries you. “But a few years ago you said you can be silent around me, has that changed?” “No.”

“Wow. That’s pretty cool. I feel safe around you too,” I say. “I feel the connection too. It feels like electricity on my knees and a coolness in my mind,”  I do not say.

And months have gone by. I introduce you to my friend. And you decide to give it a go. “She’s perfect for you.” I say. “I wish you had tried with me” I do not say.

I know I do not love you. So why do I feel shards sticking into me every time you speak about her? 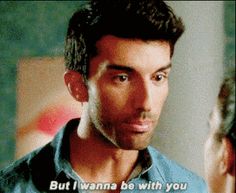 And at first I was bored. Bored of listening, and bored at even imagining how boring his life would be. That was yesterday. Today I wonder whether he has something I don’t have – content. I am close to 25 and nowhere near satisfied with what I am doing, how much I know, who I am surrounded by. I still push myself to explore new areas and develop old skills.

He is closer to 30 and I wonder if at a point – different points for different people – we just stop wanting more and just start living with what we have. And would reaching that point show an abundance of peace or lack of drive.

I did not know him before yesterday so I do not know if he ever had hope and dreams to be more than he is now. Or of course whether those were to reach where he is now.

I wonder if I will ever get to where I want to be – first step of course being figuring out what that is. And if I ever did get there (wherever and whatever that may be), would I move the prize a little further away?

I guess I know what I want the answer to be. I never want to be satisfied. I want to keep pushing myself, to never settle.

And for the time being, I remain single.

“if someone does not want me it is not the end of the world. but if i do not want me. the world is nothing but endings.” ― Nayyirah Waheed, salt.

Here I am – another Sunday and another long train journey. This time I did remember to bring my book with me. (Though I did forget my headphones). So my daily writing spree failed but I’m ok with that. It didn’t fail due to lack of thoughts. In fact I had a plan of all the posts I would write – the right-media’s attack on students organising against PREVENT, Guantanamo, labelling and measuring of ethnicity, White “militias”, #Oscarssowhite … No, it wasn’t due to lack of ideas but lack of time. So for that I can forgive myself.

Today I don’t want to talk about the world. Well the state of the Eurocentric world I live in. I’m looking into myself today. I don’t know what it is – perhaps the crisp snow laid down on the fields, untouched or my morning spent flipping through my scrapbook from last year – but I am drawn back to all the warning signs I’ve had through my life before things went massively wrong. And all the times I consciously or unconciously ignored them.

One thing dominates these thoughts – my ex. This isn’t surprising since I have seven years of mistakes there. I wonder if it’s harmful to look back on those things. Or whether some reflection is ultimately healing. It is regret. It is embarrassment. It is shame.

Lie after lie. Sometimes I knew. I suppose there may have been many times I didn’t. Forgive and forget. More like ignore and pretend. I chose to keep living the fairytale so that I wouldn’t be alone, so that I didn’t have to admit that I had made a mistake.

And then I would lie. As he got more controlling and I got more suffocated. Never cheating – never anything I would even care if he did. But he cared. Talking to colleagues and friends from university. Giving guys who were in my workgroup my number. Adding them on my Facebook. Of course he did all those things. He actually cheated on me – three times (yes three). But yet he made me feel like the cheat. I could see straight through the manipulations but I chose to ignore them. Stuck between the guilt of hurting his feelings – is that guy really worth loosing him over? Why can’t I just delete him of Facebook even if it makes me look like a completely isolated maniac? Why do I care what people think of me? But of course I did.

I had boundaries and lines I would never cross. Yet he made me cross them all. Using guilt and a twisted idea of what love is supposed to be.

So, not the cheeriest of thoughts on a long journey on a Sunday morning. The regret is not so much for wasted time. I know they have taught me to trust myself, to not compromise unless I want to and to find fulfilment in myself.

It’s more for the sins I’ve committed along the way. Thinking about it now the guilt drills into my heart and fills my stomach with cold, heavy stones. I trust in my relationship with my Lord and pray for forgiveness. I pray I find the strength to learn from my mistakes and to never make them again. And I pray for happiness – both in this world and the next.