I have been invited to work for “special teams”. And by that they mean the police, ministry of defence, home office and so on (and yes even the ones I can’t name).
My immediate reaction was hell no – they won’t let me in. Then I realised, well actually they will let me in.  I haven’t broken any laws and I am a British citizen. Maybe I can change the system from the inside? So I started the process to get security cleared.

But now I am not so sure. See, I will be doing project work – not starting a one person revolution. I will be not only upholding the structures that oppress me and my community but improving them. I may be told things that will haunt me and I will not be able to share them. And let’s be honest, they very well could kill me – that is how little trust I have in those teams. 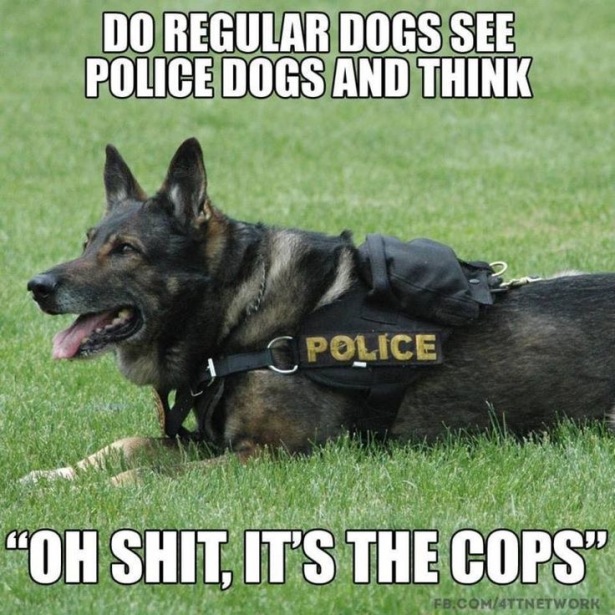 So now I’m in two minds about the whole thing. And the guy who invited me in the first place – a white, upper class, rugby-playing lad tried to persuade me to go for it. “What are you all ‘fuck the police’?” he asked. “Yes I am actually,” I replied.

And then I described my reality with the very people who I pay to protect me. I have seen them beating up a young boy in the street while the others stand in a circle, their backs to this incident. I see them dragging students by the hair during peaceful and legal protests. I see them stopping black people for no reason whatsoever. I see them snarling at me and my friends. I see them not believing me or even caring when I reported sexual abuse. I see them to be the oppressive force that protects the rich and keeps the poor, black and brown down. Over 1500 have been killed in police custody since 1900 and not one officer has been charged. That is my reality with the police.

He listened and nodded.

A system cannot fail those it was never meant to protect

I apologise for being lost over the last few weeks. Working all day and volunteering all evening has left me with so much to say but so little energy to say it with. 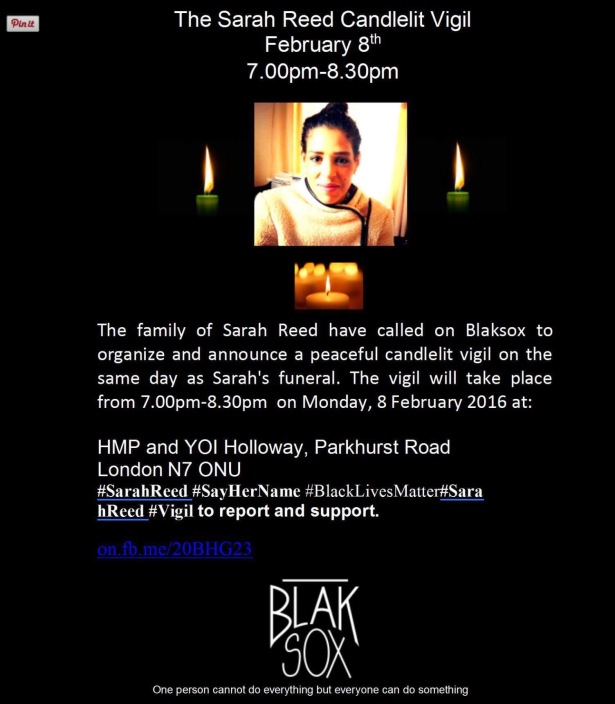 The family of Sareh Reed have called on Blaksox to organise and announce a peaceful candlelit vigil on the same day as Sarah’s funeral. The vigil will take place from 7-8.30 PM on Monday 8th February (tomorrow) at HMP and YOI Holloway, Parkhurst Road, London N7 ONU.

One person cannot do everything but everyone can do something

This is happening here – not the US. Police brutality and violence in the hands of the state cannot keep going. How many more lives stolen before we wake up?